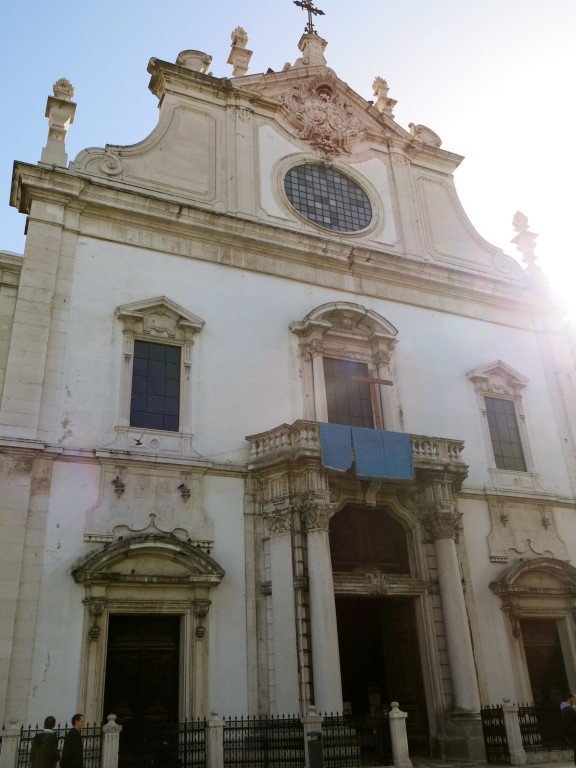 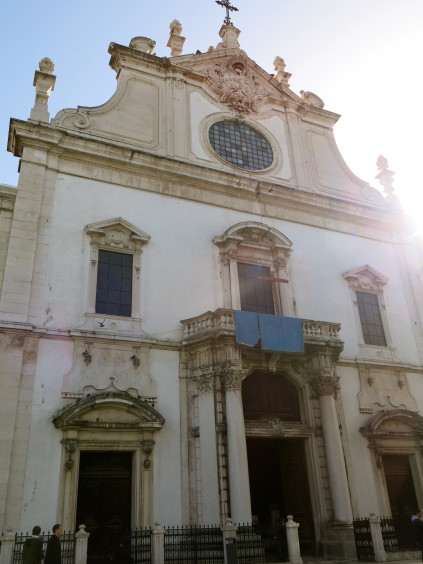 When I walked into Igreja de Sāo Domingos, my intent was to gaze at the dazzling period details, examine the venerable statuary and artwork, take some pictures, light a candle, and be on my way.

I certainly did not expect to be moved to tears.

The cavernous sanctuary was ravaged—pillars charred, walls scorched, stone floor broken apart, statues missing limbs. There was a permeating smell of smoke lingering in the air, and dust motes caught in the rays of sunlight coming through narrow windows gave the scene an eerie filter. 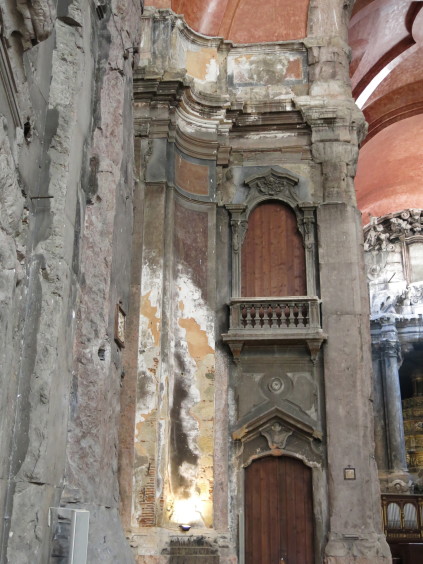 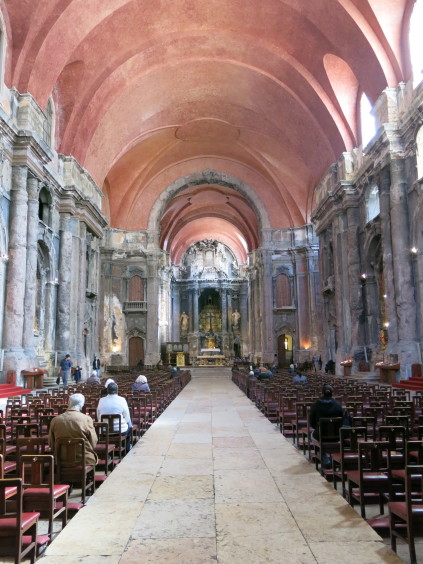 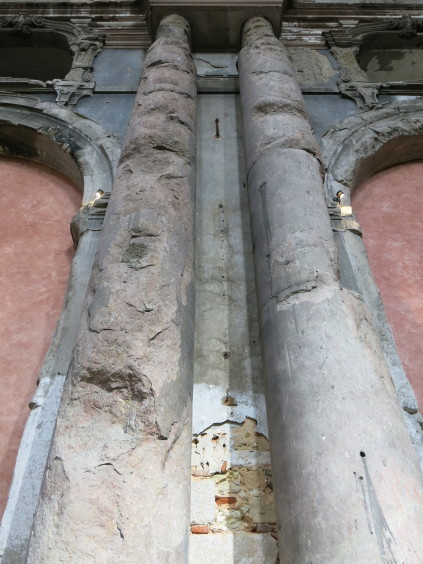 This was a church that had survived two earthquakes and a devastating fire.

Built in the thirteenth century, Igreja São Domingos, translation, the Church of St. Domingo, was once the largest and most important church in Lisbon. It is here that all the major religious ceremonies were held, including state funerals, royal weddings and christenings.

The architecture of the church has been determined by the styles of the periods in which it was rebuilt, altering its medieval origins completely.

The first earthquake was in 1531. The church was restored and survived another two centuries, until 1755, when a catastrophic earthquake destroyed not only the church, but the city of Lisbon. An important architect of the time was enlisted to reconstruct the church. A spectacular gilded altar was commissioned and priceless artwork and tapestries soon adorned the walls. Restored to its former glory, the church was in its heyday of wealth and prestige.

In 1959, another two centuries later, the church went up in flames. The fire took the lives of firefighters and gutted the church, destroying its most prized possessions.

Igreja de São Domingo didn’t open again until 1994. The ceiling was painted, a sort of odd terra cotta color, and a few new statues were brought in, but the scars of the fire were left largely untouched. 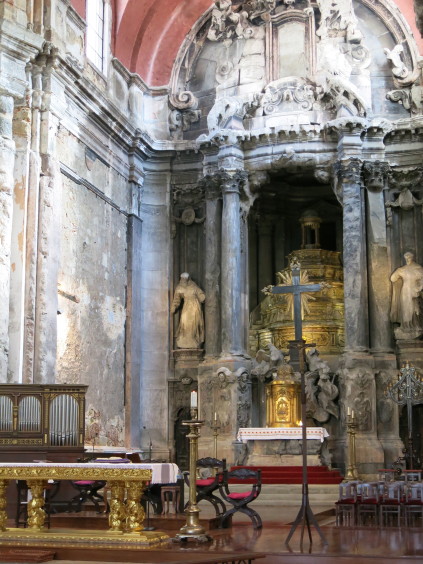 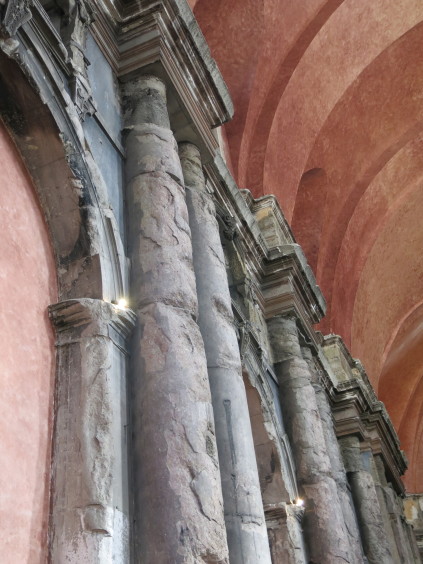 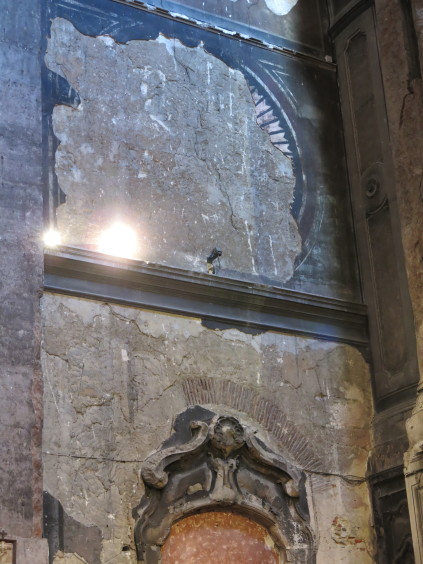 There was a service going on when I entered the church, and a choir was singing from a balcony above. It sounded like angels. I stopped in my tracks and didn’t move for a long while. 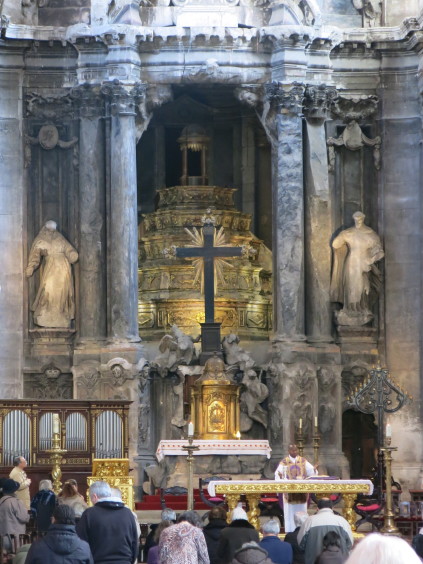 Then the service ended and the congregation filed out. I walked around the perimeter. Three times. I was mesmerized. 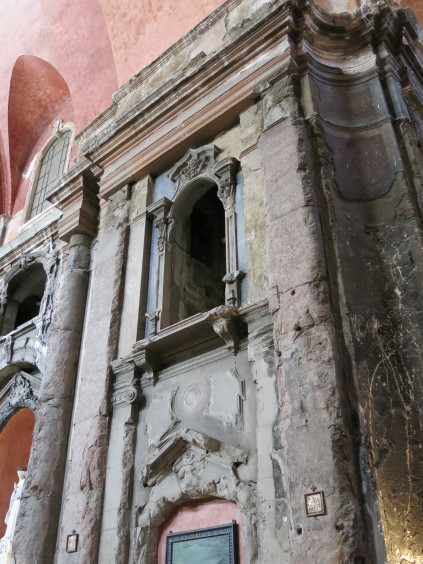 I discovered a small statue of St. Domingo, perched on a chipped pedestal. 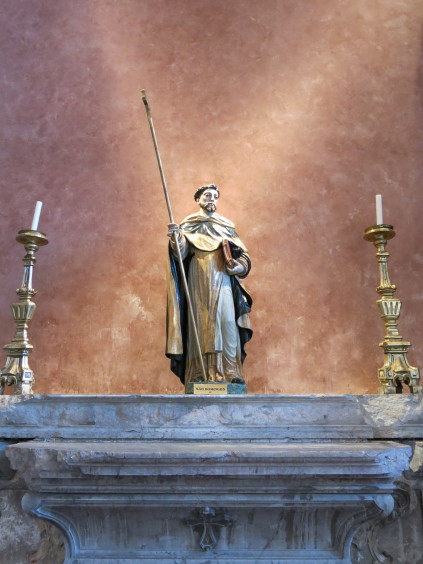 I marveled at how the light shining through one window shone like a spotlight on a painting of Jesus. 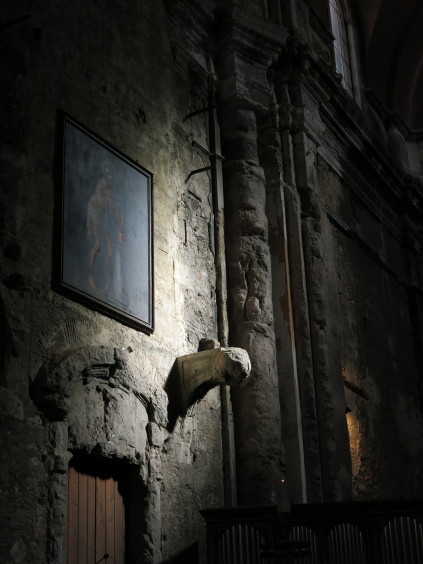 The new red carpeted steps looked out of place in this world. 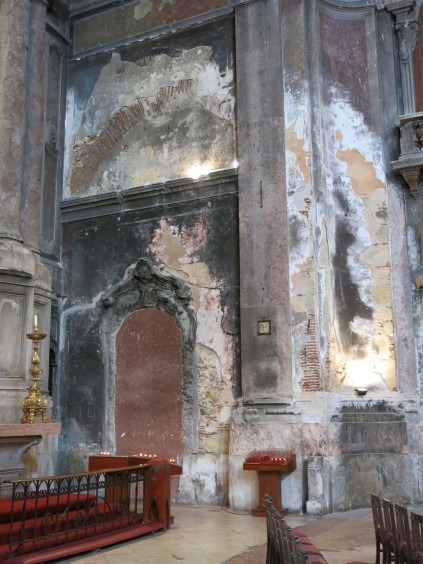 After one last look, I turned and went back out into the sunshine, with the words of a favorite hymn in my head.

“Speak through the earthquake, wind, and fire, O still small voice of calm.” 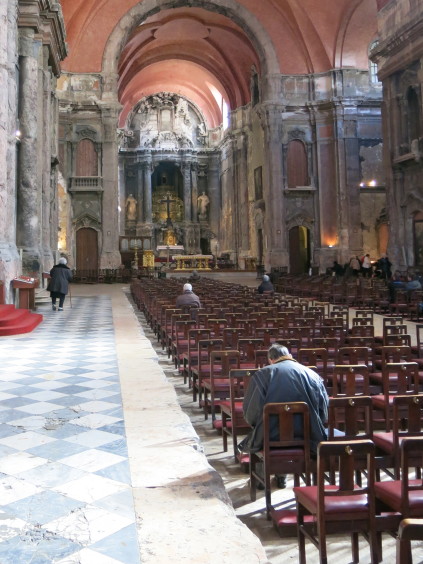