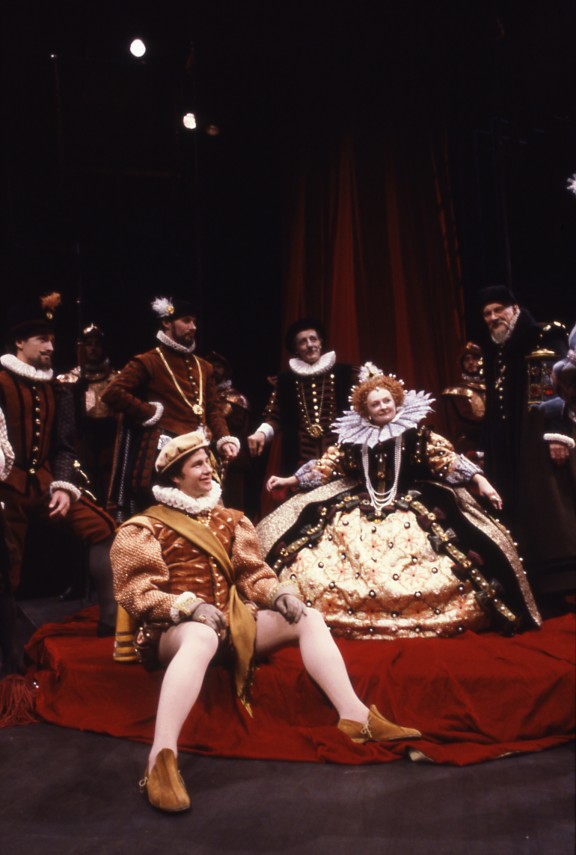 Once upon a time, I was a costume designer. But first, I was a shy seamstress working in the costume shop of the Guthrie Theatre in Minneapolis, dreaming of becoming a costume designer. At the time, I struggled with the strict orders and high standards of the legendary costumer for whom I worked. It wasn’t until years later I realized how much she had taught me, and what an honor it was to have worked under her tutelage.

Annette Garceau began her career in her native London, England as an apprentice to a court dressmaker. After World War II she was drafted to make costumes for London’s Old Vic Theatre and the Royal Shakespeare Company in Stratford-Upon-Avon. In 1953 she joined her colleagues, including director, Tyrone Guthrie, in Ontario, Canada, where they founded the Stratford Shakespeare Festival.

Ten years later, Guthrie asked Annette to accompany him to Minneapolis to begin a theatre that would become the flagship for the American regional theatre movement. She continued to make costumes at the Guthrie Theatre until she was 89 years old, outliving all the founders.

A costumers job is to create a three-dimensional garment from a designer’s sketch. Draping, cutting, shaping, and sewing requires skill, as well as imagination and innovation. Annette’s expertise was renowned, and her techniques became the standard of excellence in top costume shops all over the country. Period costumes were constructed with precise attention to detail. Extensive research resulted in historical costumes made so exacting they appeared to be authentic relics. The inside of each costume was every bit as beautiful and well-made as the outside, in spite of the fact it would never be seen.

Annette was an imposing theatrical presence. Tall and slim, she wore red lipstick and her eyes were heavily lined in black. Curls were gathered artfully onto the top of her head. 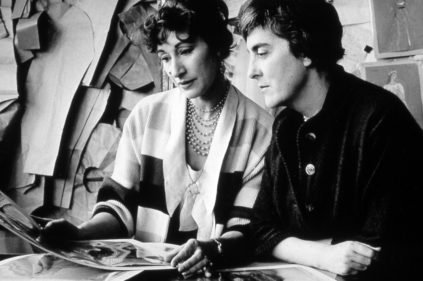 Instructions given in her clipped British accent were firm and direct. There were rules. Rules I learned by making mistakes. Always use a thimble (it enables you to sew faster); only baste in certain colors (baste in red, you’re better off dead); never sew over a pin (time will be wasted if a sewing machine needle is broken.)

Above all, never make the same mistake twice.

I absorbed everything and thrived. My favorite task was sewing tapes into Camille’s corsets. Head bent over the sewing machine, eyes laser-focused, I meticulously stitched along edges of a 3/8 inch binding, creating channels for the “bones” of the corset. (It was a job that most seamstresses dreaded.) I learned how to construct Queen Elizabeth’s neck ruff, a masterpiece of intricate architecture. Enormous lengths of fabric were shaped into skirts with bustles, and layers of petticoats and undergarments were fabricated to hold them up.

Characters came to life as the actors were fit into their costumes. It was magical.

Eventually, I moved to New York and worked at a costume shop founded by another Guthrie alum, Barbara Matera. I was given seemingly endless lengths of maribou feathers to stitch into Dreamgirls capes. As I sewed, I learned about the world of Broadway.

When I finally became a costume designer, I kept a watchful eye on the construction of my costumes. I gave strict orders and maintained high standards…and gained the utmost respect of the costumers who brought my drawings to life.

Annette Garceau taught me to sew with perfection, but she also instilled in me the feeling of absolute fulfillment that happens when you do your best work.

[Photograph at top of post; courtesy of The Guthrie Theatre]