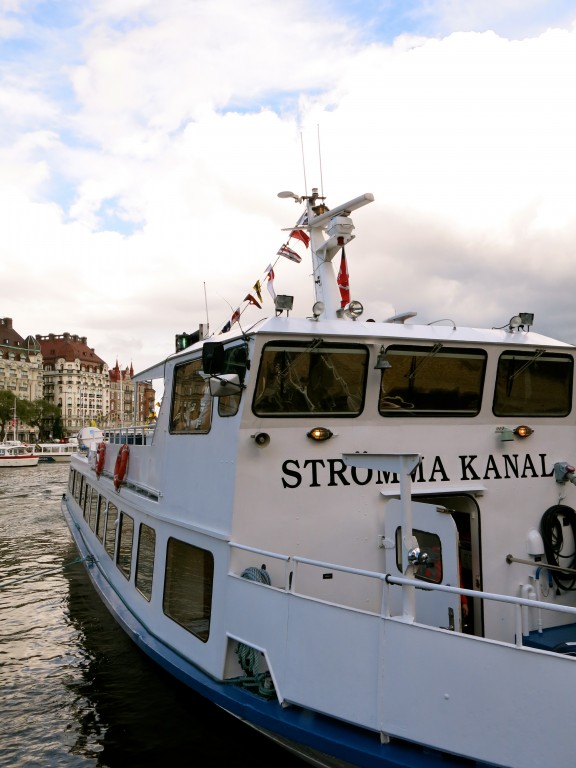 If you live in Sweden, Midsummer,or Midsommar, which is celebrated in June on the longest day of the year, is the most important holiday next to Christmas.

If you’re American, and you’ve just arrived in Sweden on Midsommar’s eve, you’ll discover that everything, and I mean everything, is closed.

Except for the boat tours.  Exploring Stockholm’s archipelago aboard the Strömma Kanalbolaget turned out to be a perfect way to spend a midsommer’s day.

A little geographical info, so you know what I’m talking about:

Stockholm is made up of 14 islands, connected by some 50 bridges on Lake Mälaren, which flows into the Baltic Sea, through an archipelago that consists of thousands of islands.

In Swedish, the word for archipelago is skärgård, meaning “garden of skerries,” skerries being rocky islands sticking up from the sea.  Some of the “islands” are literally just rocks, which is why the number of them ranges anywhere between 24,000 to 30,000, depending upon who you’re talking to.

The midsommar’s day boat tour would take us from Stockholm all the way to Sandhamn, the last island in the archipelago.

We (my significant other and I) joined a small group of travelers hailing from Russia, Italy, England, and Australia, and a young Swedish tour guide with a lisp, for the voyage into the archipelago.

Everyone chose their places at tables next to the windows, and then gathered drinks from the well-stocked, tidy bar.

We set out into the archipelago, through narrow channels that opened up into wide rivers, past fishermen whose boats waved the Swedish flag in honor of midsommer, stopping at outposts in order to drop off the newspaper, and through drawbridges that lifted their arms to let us through.

The weather alternated randomly between blue sky and sunshine, to black clouds, and then pouring rain.  And then back to blue sky.

The tour guide, with her peculiar inflections, and difficult-to-understand-English, pointed out a couple of retirement homes, a gravel pit, and former tennis player, Bjorn Borg’s, house.  We laughed at the incongruity, and unremarkable subject matter, of her highlights of the archipelago.

She also pointed out, not particularly patriotically, that the beautifully embellished houses were not really that impressive because you could just buy the gingerbread house trim online and affix it to your house.  I sensed a chip on her shoulder, which was confirmed when I overheard her complaining to a passenger about the difficulties of finding affordable housing in Stockholm.

I was intrigued by the “mini me” boathouses that each house seemed to have at the shore.

Suddenly, there it was.

As ominous black billows hovered over a cobalt blue sky of marshmallow clouds, we pulled into the harbor of Sandhamn.

And for that lovely tale, you’ll have to wait until next week . . . but here’s a photo preview:

Tags: Stockholm, Sweden
admin
https://justonesuitcase.com
There is 1 comment for this article