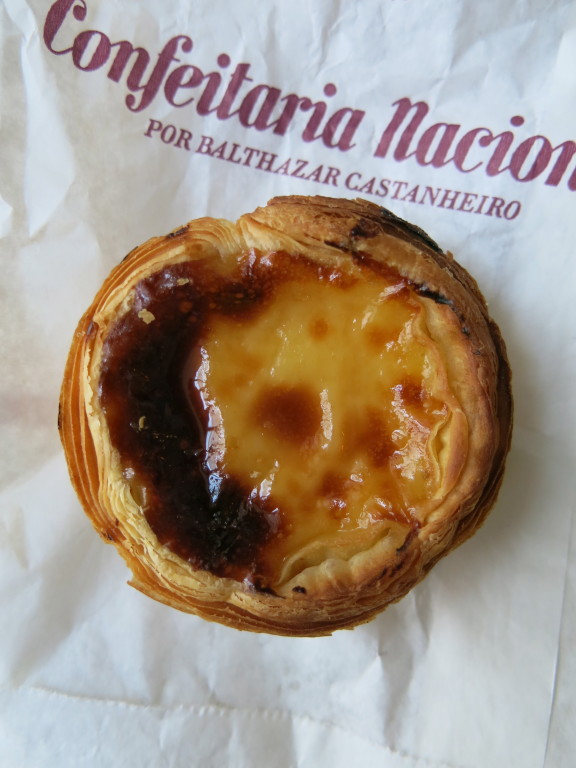 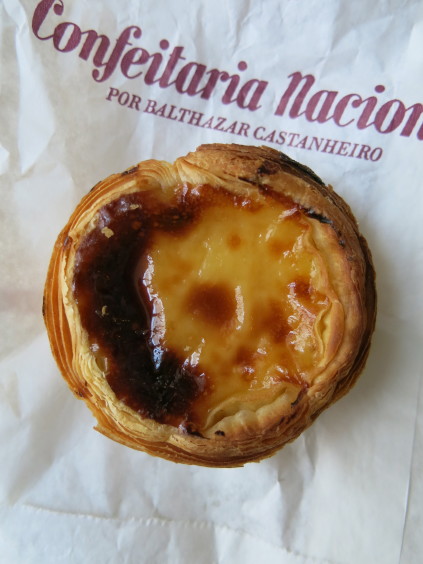 When in Lisbon, one must eat pastéis de nata. It’s a two bite tartlet filled with creamy custard, and I dare you to eat only one. 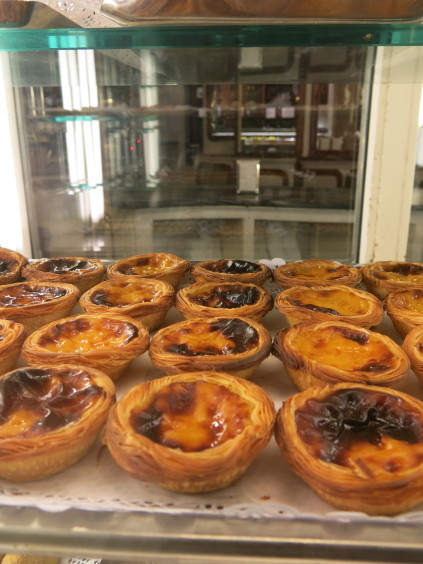 The pastéis de nata, also know as pastel de nata, is believed to have been first developed during the 18th century by Catholic nuns based in the Mosteiro dos Jerónimos. Convents and monasteries used egg whites for starching clothes (ie. nun’s habits) so they had a lot of leftover egg yolks. Waste not, want not—so they baked with them. And what’s the main ingredient in custard?

I don’t have to tell you where to get them, because they are everywhere. They even sell them at Starbucks. Pastéis de nata are to Portugal what apple pie is to America, as in “as American as…”

And they are DELICIOUS. I mean what’s not to love about a buttery, flaky pastry nest filled with warm custard?

(While you’re at it, try one of the tiny sugared donuts they also fill with custard! Obviously, I did.)

[If you can’t get to Portugal, and you’re dying to try one, or you just want to see how they are made, here’s a recipe.]