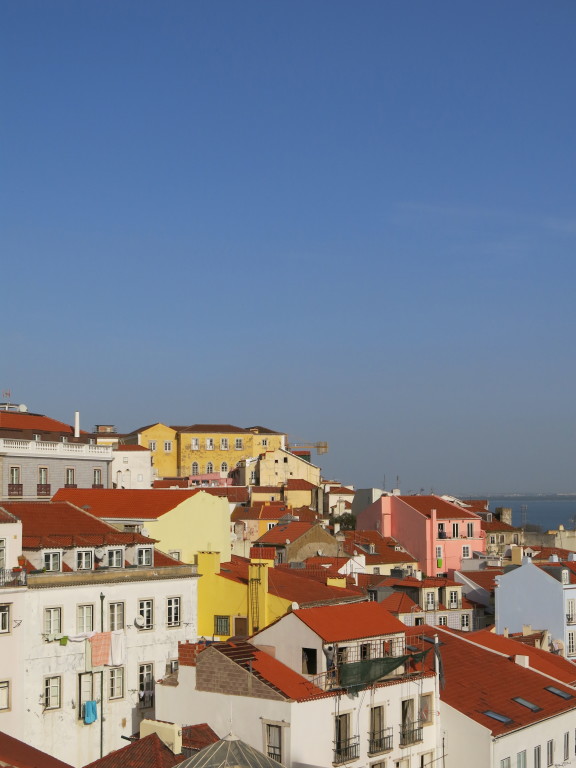 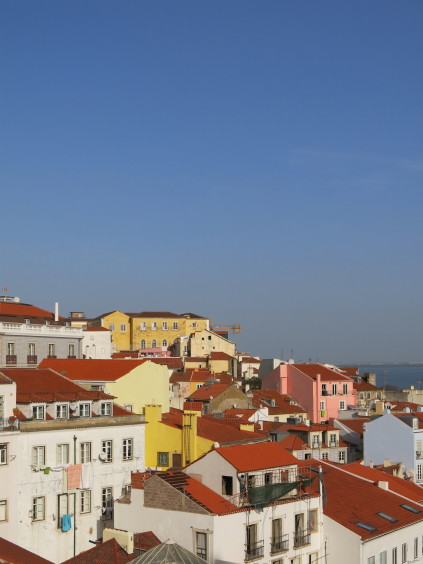 One day last week I decided to go to Portugal—and three days later I was in sunny Lisbon.

In Lisbon, I found a city set on steep hills, which means that there are panoramic views—of terra cotta tiled rooftops and the wide River Tagus that wraps around Lisbon on its way to the Atlantic Ocean. 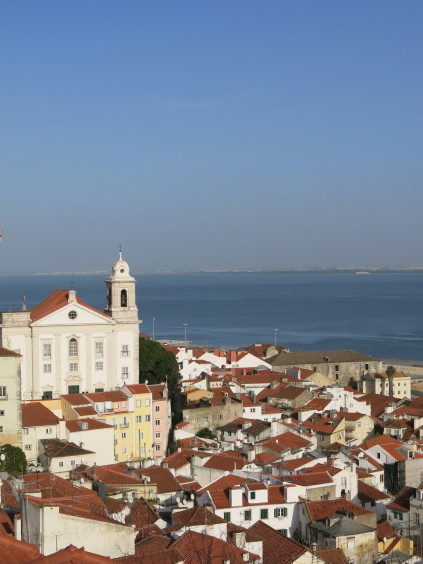 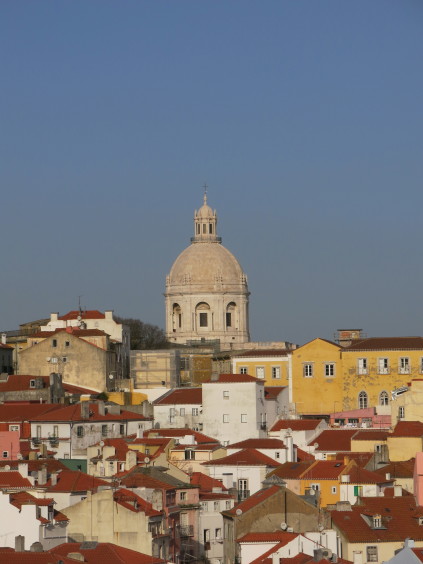 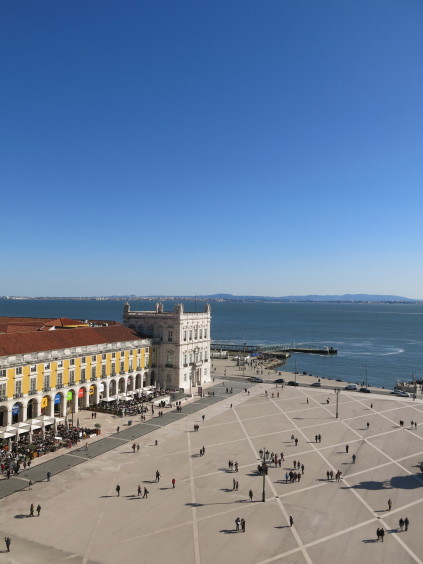 In Lisbon, I found a city whose sidewalks are composed of graphic mosaics, so that everywhere I went there was art underfoot. 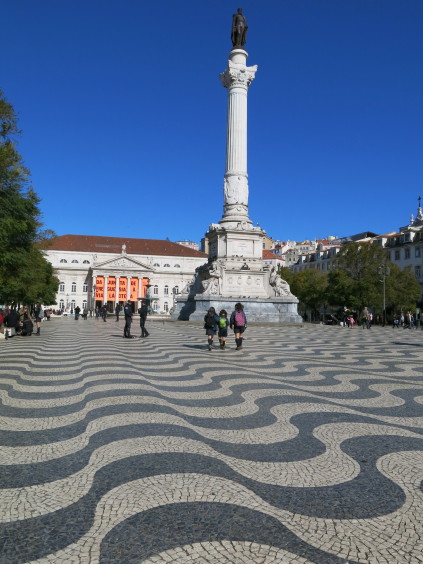 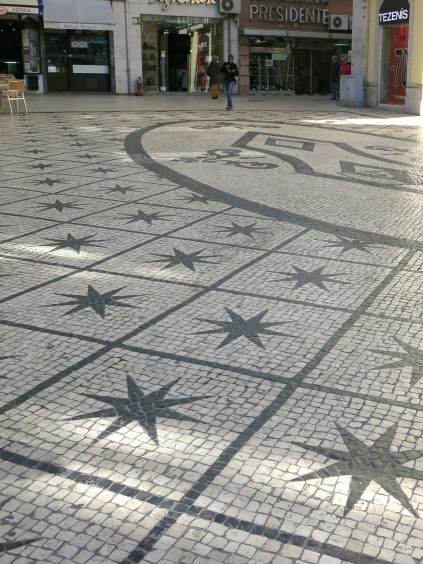 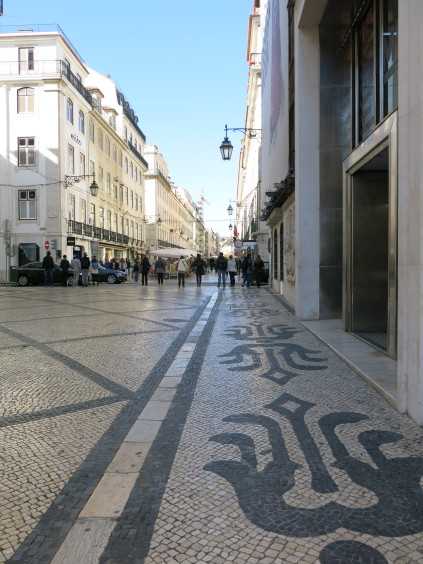 Sometimes the pavement features a date, or announces the name of the store it’s in front of. 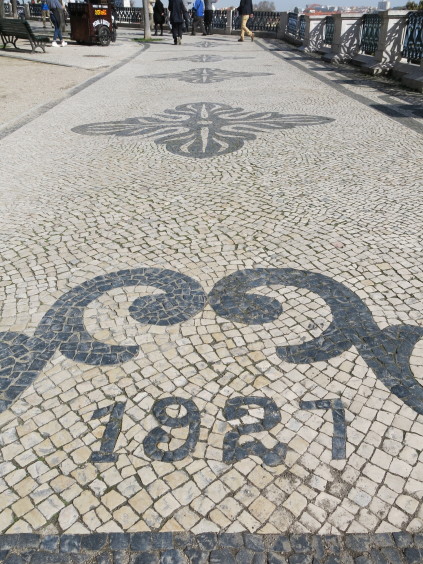 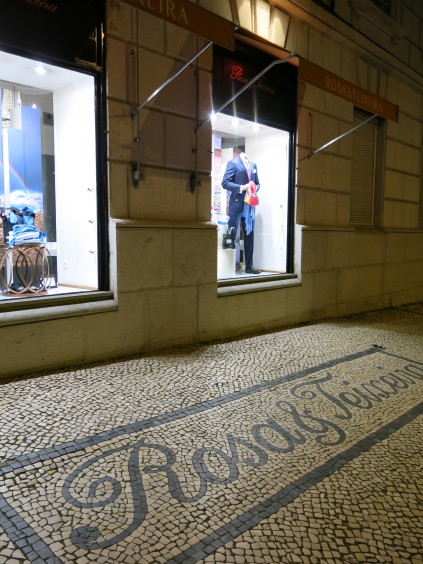 In Lisbon, I found buildings that are wrapped up in exquisitely patterned porcelain tiles—many dating back to the seventeenth century. 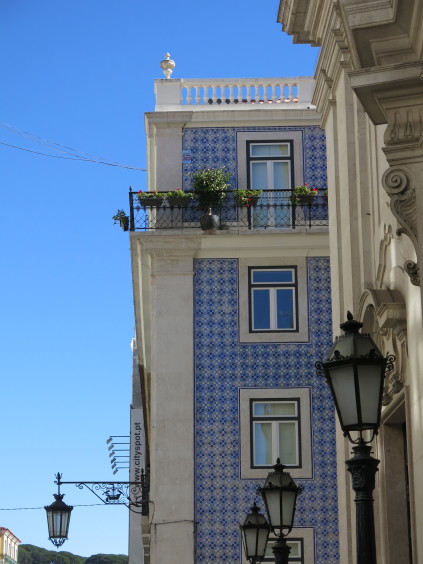 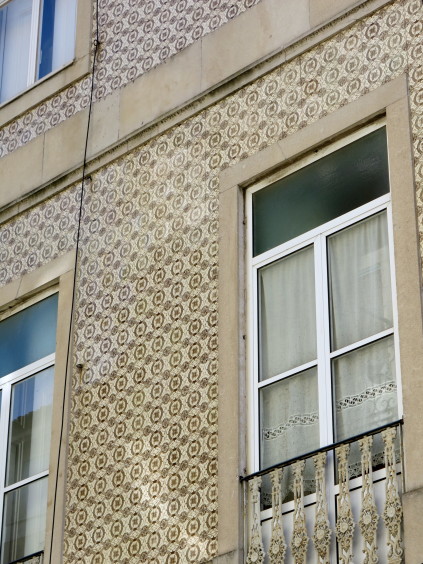 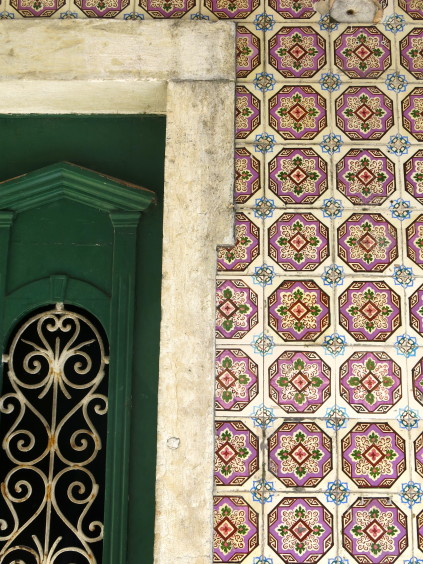 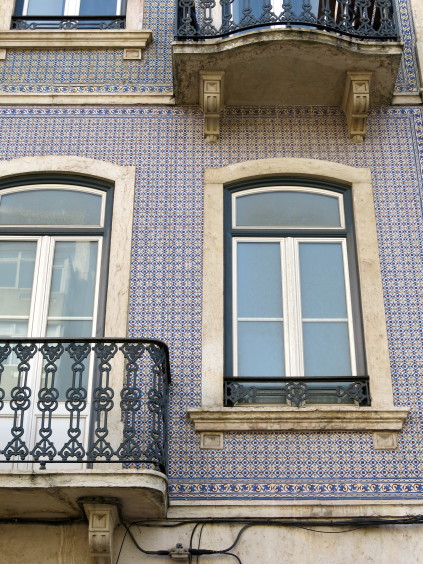 I especially loved the juxtaposition of the ancient tile combined with aspects of everyday contemporary life. 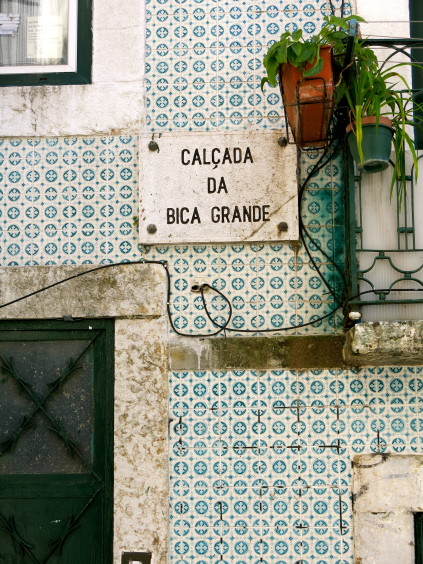 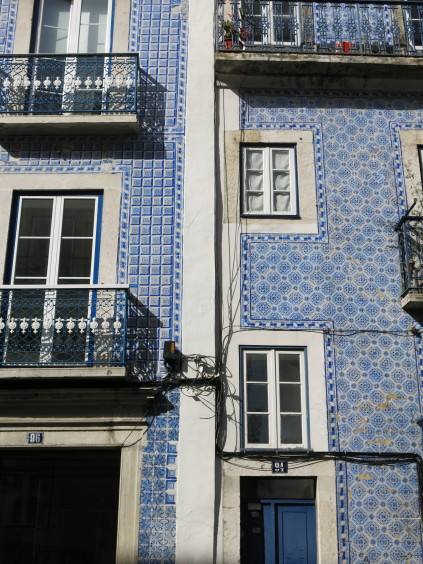 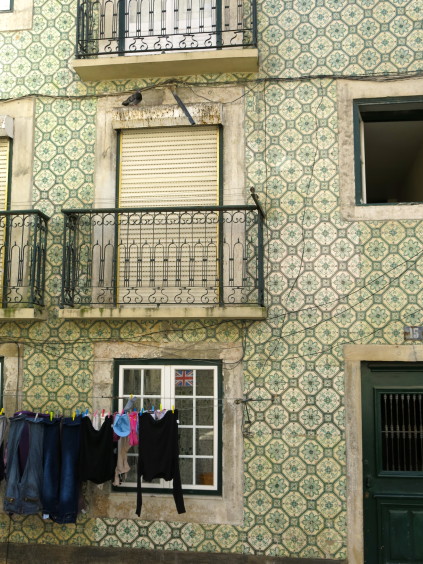 The hand-painted tile facades alternate with buildings that have been painted in all the colors of the rainbow. 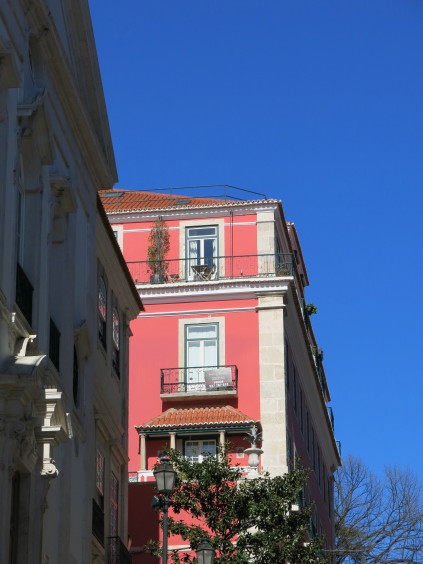 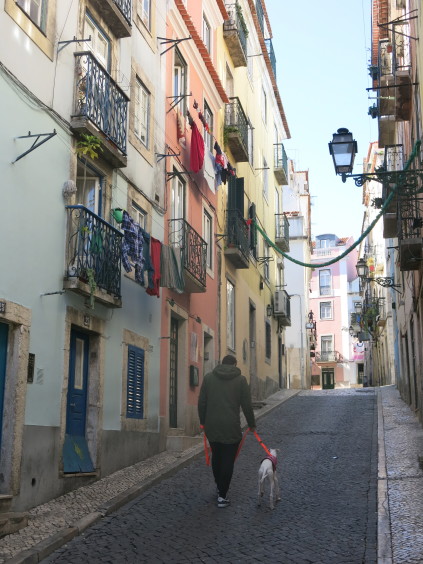 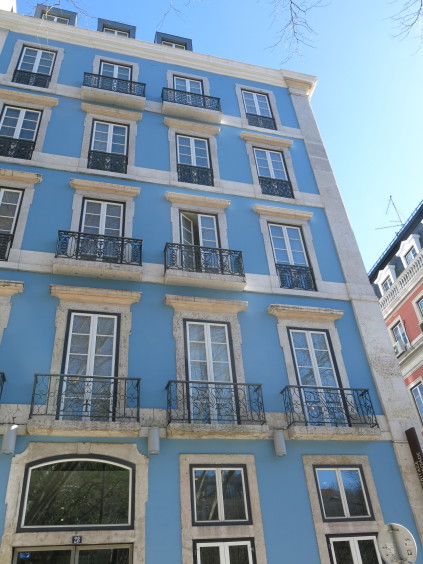 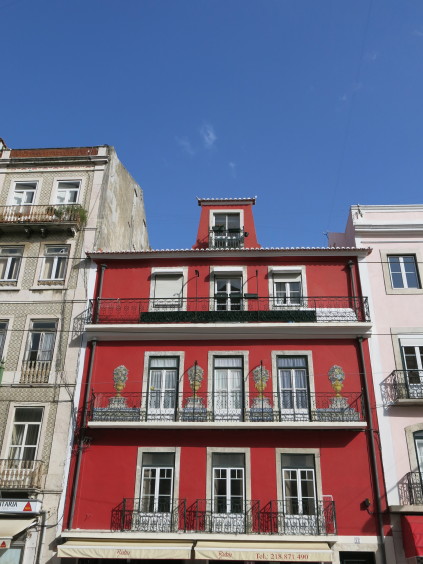 Street lamps are held up by iron brackets depicting the emblem of Lisbon – a ship with two ravens. The symbol of the city also appears on pavements, taxis, and police officers’ badges. As the legend goes, the ship carried the remains of the martyred St. Vincent, protected by two ravens, safely to Lisbon. 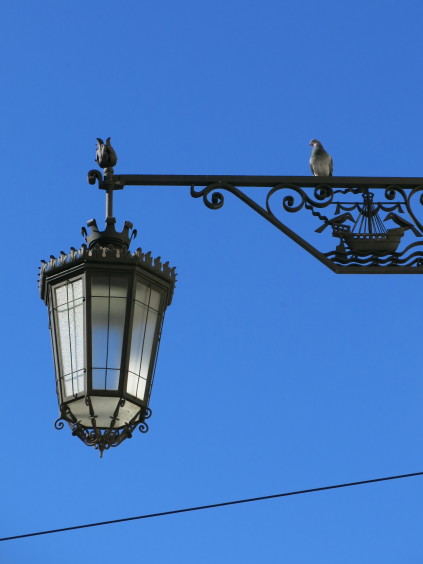 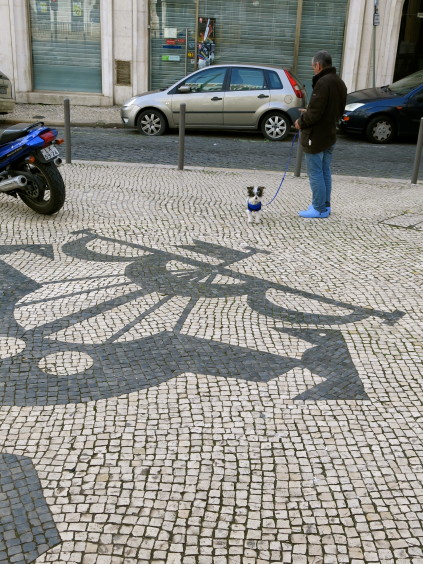 In Lisbon, I found a captivating city of sweeping views, and patterns and colors, that were a feast for this designer’s eyes.

I’ll share more of my discoveries and adventures in the days to come. Stay tuned! 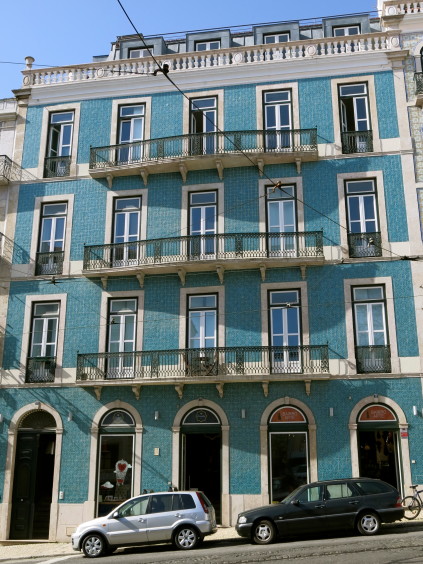