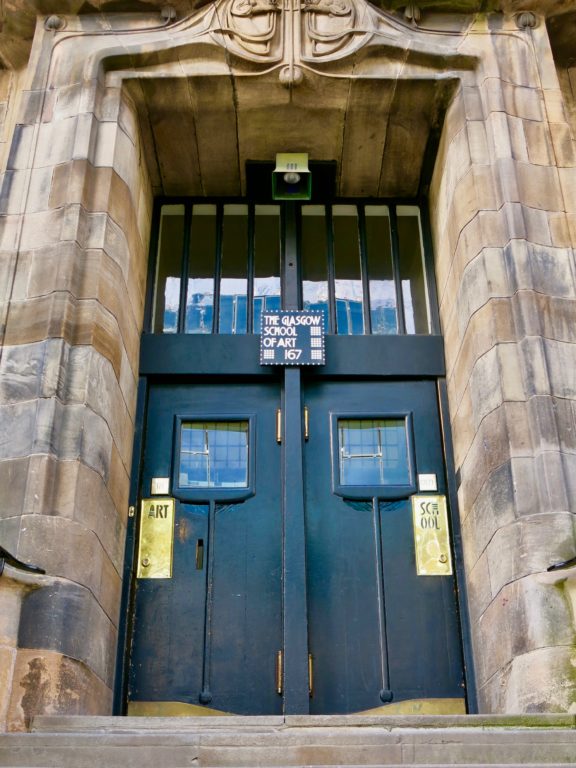 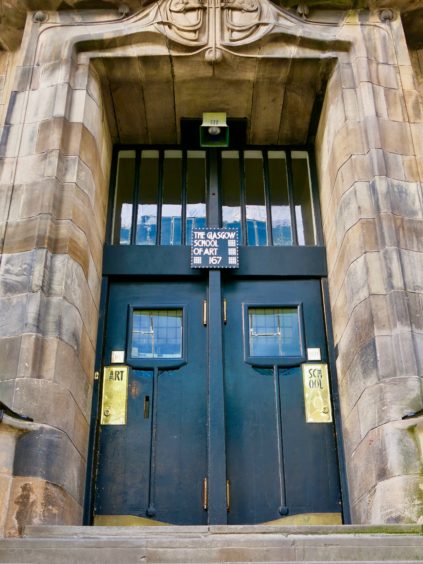 In 1896, a junior draftsman named Charles Rennie Mackintosh won a competition to design a new building for the Glasgow School of Art.

The building was completed in 1909, heralding the birth of a new style in 20th-century European architecture and establishing Mackintosh as a design influencer in the Arts and Crafts and Art Nouveau movements.

In the years following, Mackintosh became widely known for his exquisite homes, architectural furniture and sublime watercolors of flowers and landscapes—but his masterpiece was undoubtedly the imaginative, inspired Glasgow School of Art.

I toured the school in 2013 (a designer’s dream!) and was struck by the fact that even the push plates on the doors were meticulously designed. 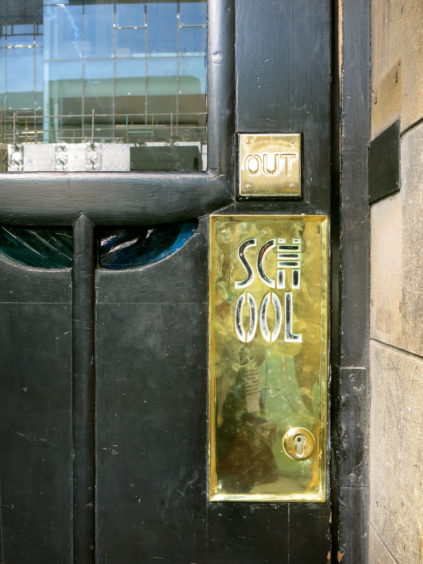 Every light fixture, every molding, every doorknob—each and every detail were evidence of Mackintosh’s genius. (Photographs weren’t allowed inside the building and even I couldn’t manage to sneak one—so you’ll have to take my word for it.)

Here’s a photo of the library from their website: 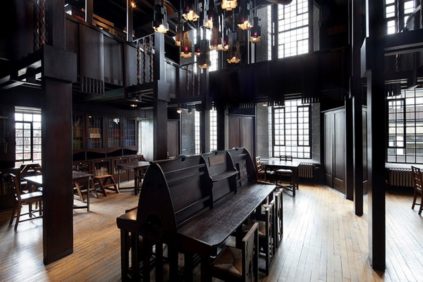 It’s an enormous loss—not just for the world of architecture but for the art students who, for over one hundred years, have learned and created and flourished within those hallowed walls. 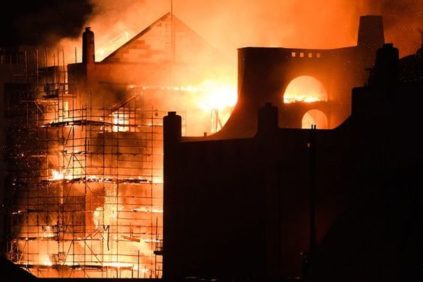